“The country needs us… win or defeat is in the hands of Allah, but we have decided to serve Pakistan,” Bukhari said, adding that those who fled Pakistan are trying to take asylum but they will have to return soon.

The PTI leader said that the decision to renounce British citizenship was a personal one, saying that he will contest the next general elections on PTI ticket.

“I will live and die in Pakistan. It was being said that I will run away from Pakistan after the end of the government but I stood with Imran Khan in difficult times. I am a Pakistani and I will remain a Pakistani,” he added. 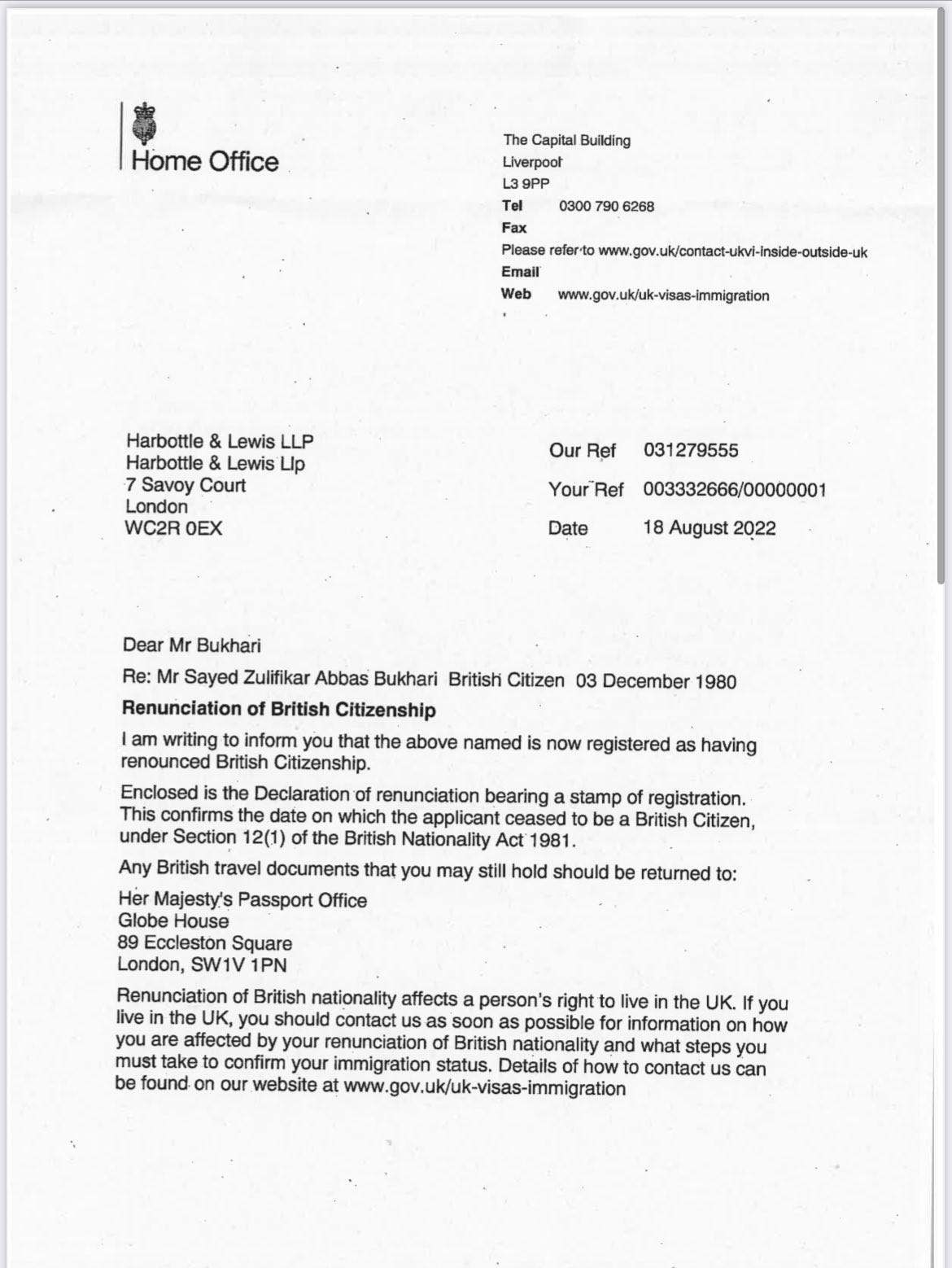 The British Home Office has also issued a notification, confirming the development.

The issue of Bukhari’s citizenship came to the fore in 2018 when he was appointed as a special assistant to then prime minister Imran Khan. The move was challenged in Supreme Court.

Bukhari, popularly known as Zulfi Bukhari, is a close aide and friend of the former premier and was appointed as the special assistant to him for overseas Pakistanis and human resource development.

The petition argued that a person ineligible to become a member of the Parliament and thus a federal minister cannot be given the status of a state minister through appointment by the prime minister as a special assistant.

Later, Bukhari contended before the Supreme Court that he is citizen of the United Kingdom by birth as he did not acquire any nationality. “The answering respondent (Zulfi Bukhari) was born on December 3, 1980 in Britain and is a British citizen by birth. His citizenship was conferred by birth and not acquired by any action on his part. As such answering respondent did not take oath of allegiance. Despite being born in Britain, the answering respondent voluntarily opted to be a Pakistani citizen and be subject to Pakistani law,” said the reply submitted by his counsel Chaudhry Aitzaz Ahsan in the case regarding the appointment.