Diamonds are a girl’s best friend … even if she’s too young for kindergarten.

Tristan Thompson gifted his and Khloé Kardashian’s daughter, True, a blinged-out necklace for her 4th birthday in April.

In Thursday’s episode of Hulu’s “The Kardashians,” Kardashian, 38, shows a photo of the pricey present to Mindy Weiss, the superstar party planner behind True’s lavish birthday bash.

“Her dad got her this diamond necklace this morning, and I’m like, ‘Oh, my God,’” the Good American co-founder says.

Kardashian’s mother, Kris Jenner, later informs her that Thompson, 31, wanted to pay for the entire party.

“That’s very nice, but I won’t let him do that,” the “Revenge Body” alum responds, adding in a confessional, “I work really hard to do elaborate things for True, and I don’t need anyone’s help.”

While viewers don’t get a glimpse of the necklace in the episode, True wore an iced-out choker to her party in photos posted to social media at the time.

The birthday girl and her mom celebrated in coordinating pink Dior outfits at the event, which Thompson attended despite fathering a child with another woman just months prior.

Thompson and Kardashian also welcomed a son via surrogate in July. 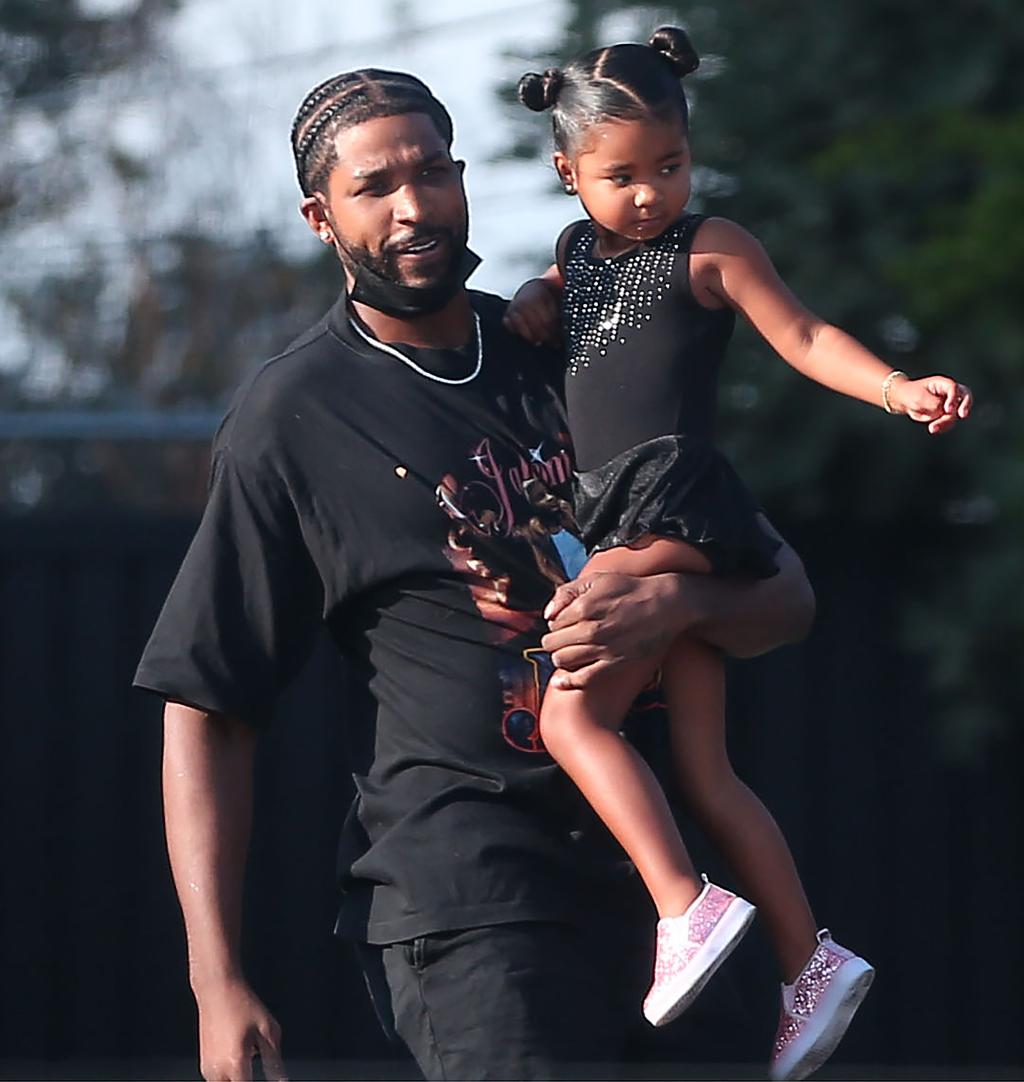 Thompson and Kardashian also welcomed a son via surrogate in July.

In Thursday’s new episode of “The Kardashians,” the reality star…

True paired her new diamond accessory with a logo-print dress trimmed with feathers at her party. Kardashian, meanwhile, sported vintage monogram-covered jeans and a matching corset top in the same blush color.

The mother-daughter duo often match their looks, having twinned in champagne-colored silk slip dresses at the premiere of “The Kardashians” earlier this year and doubled up on silver sparkles for the holidays in 2021.

And True’s necklace from her dad is far from her only bling; she’s also shown off diamond studs and sparkling cross pendants on her mom’s Instagram — and in 2019, Kardashian picked up a pair of pink sapphire mommy-and-me bracelets.

The reality star and the NBA player are no longer together, but they continue to co-parent True and their son, whom they welcomed via surrogate in July.