Tens of thousands march in Berlin in support of Iran protests


Tens of thousands of people marched in Berlin on Saturday in a show of support for protesters in Iran where unrest ignited by Mahsa Amini’s death in police custody entered a sixth week despite a deadly state crackdown.

The protests have posed one of the boldest challenges to Iran’s clerical leadership since the 1979 revolution, even if they do not appear close to toppling a government that has deployed its powerful security apparatus to quell the unrest.

“Some 80,000 people joined a Berlin rally Saturday in solidarity with women-led protests in Iran sparked by the death in custody of Mahsa Amini, a police spokesman told AFP.” pic.twitter.com/5Fz2lvbdNw

Amini, a 22-year-old Iranian Kurd, died in the custody of morality police after being detained for “improper attire”. Protests erupted at her funeral on Sept 17 in the Kurdish town of Saqez before spreading across Iran. Rights groups say more than 200 people have been killed in the crackdown.

In Berlin, police estimated 80,000 people joined the march, with protesters waving Iranian flags and holding banners saying “Woman, Life, Freedom”. Organisers said Iranians had travelled from the United States, Canada and all over the European Union. 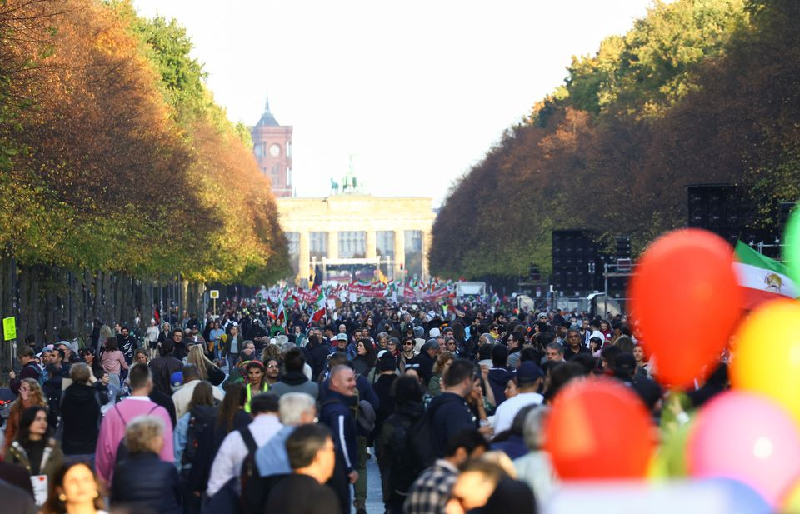 “From Zahedan to Tehran, I sacrifice my life for Iran,” human rights activist Fariba Balouch said after giving a speech at the Berlin gathering, referring to Iranian cities swept up in the protests. The crowd responded with “Death to Khamenei”, referring to Supreme Leader Ayatollah Ali Khamenei.

Anti-government activists said the Berlin march was the largest ever demonstration against the Islamic Republic by Iranians abroad.

“I feel very good, because we are here to (say) ‘We are with you, with all Iranian people’. I am Mahsa Amini’s voice,” said a protester who gave her name as Maru.

Videos posted on social media – which Reuters could not independently verify – showed protests continuing in Iran at several cities including Tehran, northeastern Mashhad, northwestern Mahabad, Dezful in the southwest and a number of universities across the country.

Videos showed protesters chanting in Tehran’s western Sadeghieh neighbourhood and lighting fires in the streets of the capital’s Lalehzar district. Another showed cars in Mashhad honking their horns and demonstrators chanting “Death to the dictator”. 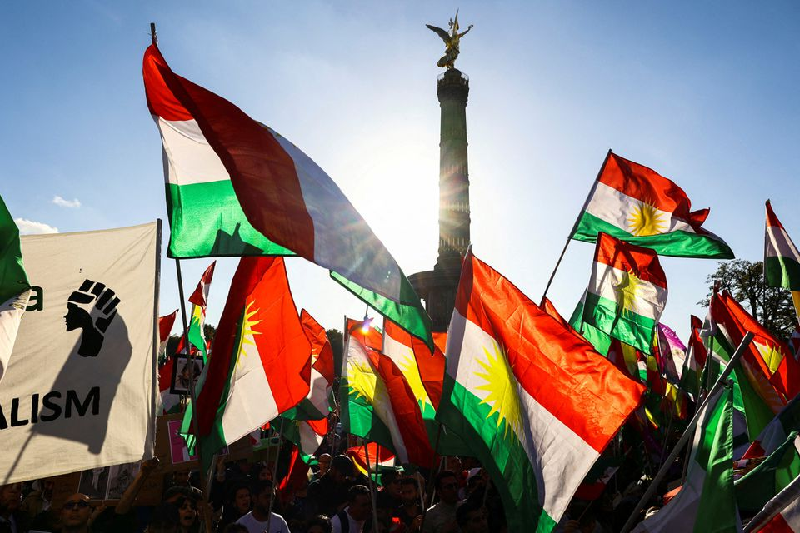 Social media videos said to be from Dezful showed youths chanting “Freedom, freedom, freedom” as they confronted police in the predominantly ethnic Arab, oil-rich province of Khuzestan on the Iraqi border.

Khamenei has warned nobody should dare think they can uproot the Islamic Republic, accusing its adversaries of fomenting the unrest. State TV has reported the deaths of at least 26 members of the security forces.

Some of the deadliest unrest has been in areas home to ethnic minorities with long-standing grievances against the state. These include the Sistan-Baluchistan province in the southeast and its provincial capital Zahedan. 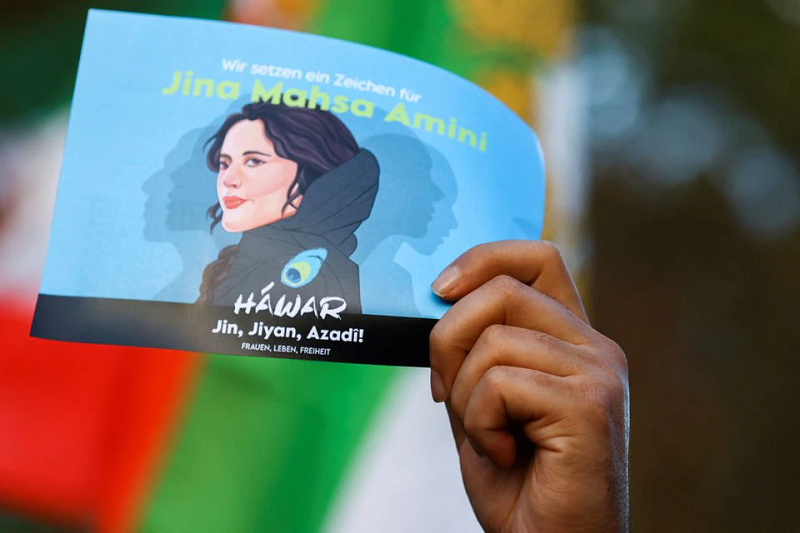 Iran’s Revolutionary Guards on Saturday accused a leading Sunni cleric of agitating against the Islamic Republic and warned it may cost him dearly after he held officials including Khamenei responsible for dozens killed in Zahedan last month.

Amnesty International has said security forces killed at least 66 people in a crackdown after Friday prayers in Zahedan, on Sept 30.

Molavi Abdolhamid, Zahedan’s leading Sunni cleric, said during his Friday sermon that officials including Khamenei, head of the Shia-dominated state, were “responsible before God” for the Sept 30 killings. He described the killing as a massacre, saying bullets had been fired at heads and chests.

A short statement on Sepah News, the Revolutionary Guards’ official news site, said: “Mr Abdolhamid, encouraging and agitating youths against the sacred Islamic Republic of Iran may cost you dearly! This is the last warning!”

State media said at the time of the Sept 30 violence that “unidentified armed individuals” opened fire on a police station, prompting security forces to return fire.

The Revolutionary Guards said five members of its forces and the volunteer Basij militia were killed during the Sept 30 violence. Authorities blamed a Baluchi militant group. Neither that group nor any other faction claimed a role.

Protests had been fuelled by allegations of the rape of a local teenaged girl by a police officer. Officials have said the case was being investigated.