Additional IG Kunwar Muhammad Shahrukh has been assigned to look after the charge of the post in addition to his own duties during IG Shahkar’s leave. 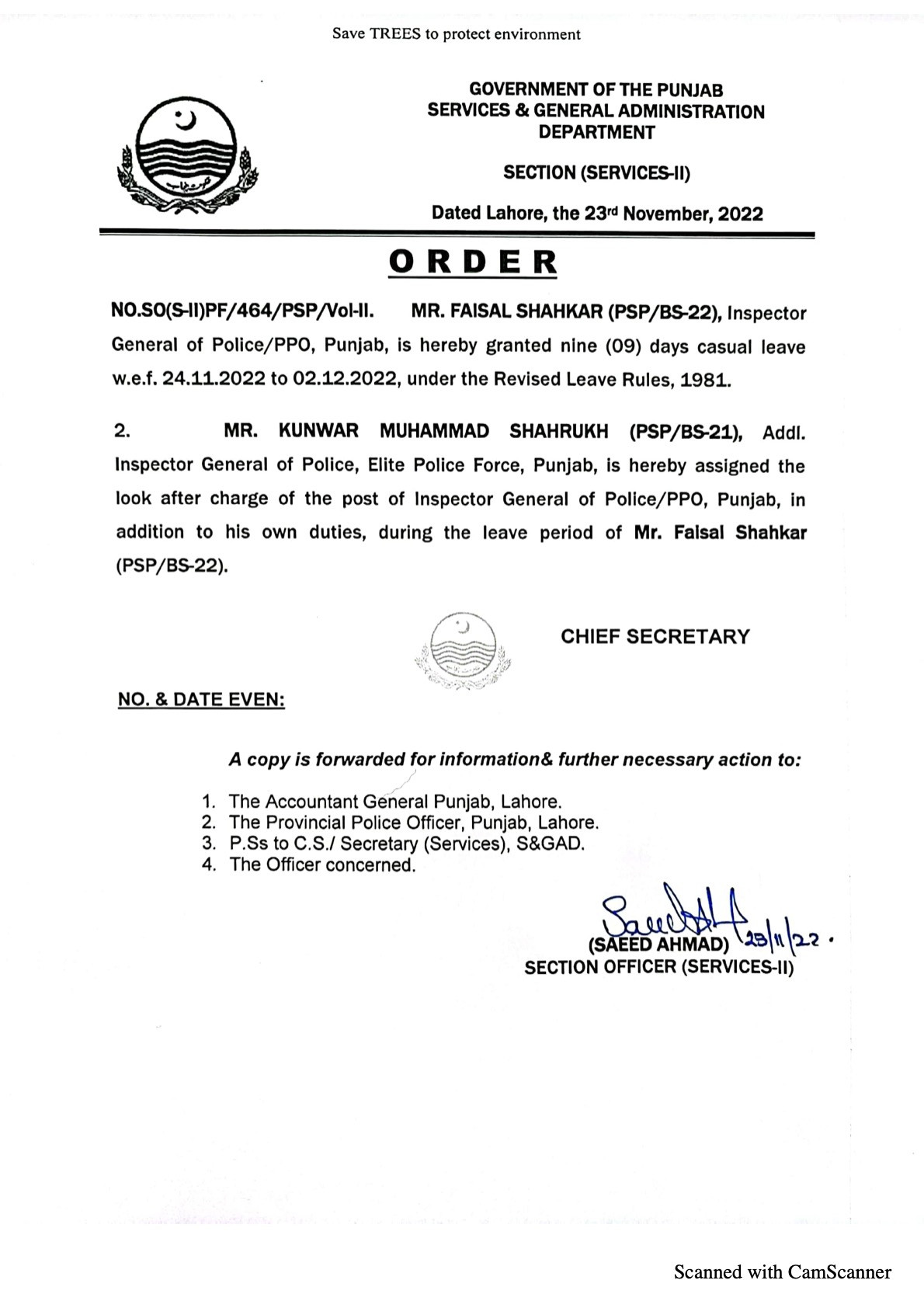 This leave was to allow the Punjab government to run its affairs sans the incumbent IG, who had found himself in the middle of a row over the Wazirabad FIR issue.

Faisal Shahkar himself on November 6 had requested for his services to be withdrawn from the Punjab government with “immediate effect” as the deadlock over FIR brought a volley of criticism of Pakistan Tehreek-e-Insaf (PTI) leaders on him, tainting his otherwise reportedly unblemished service record.

The same was the case with the Punjab chief secretary, who too had requested to be withdrawn from Punjab, and after his requests were repeatedly ignored he had proceeded to go on leave in September, to allow the Punjab government to bring an officer of its choice.

By extending the acting charge of the Additional IG as IG Punjab, the Punjab government is opting for the same stop-game arrangement that it has been using for the Chief Secretary Office.

Can you spot mistake in party photo?

Kirstie Alley has died at 71 from cancer : NPR