Garcelle Beauvais applauded Andy Cohen for reaching out to her after he dismissed Lisa Rinna’s confession that she threw her co-star’s memoir in the trash.

“We spoke. Absolutely. He called me before he put out the apology and, you know, he’s great,” the former model, 55, told E! News.

“There were a lot of things that were missed during the reunion and it was really sad and unfortunate, but, I like Andy and I think the fact that he stood up and said something meant a lot.”

Beauvais’ comments came a week after Cohen publicly apologized for not being more “in tune with her feelings” when she was visibly upset during the “Real Housewives of Beverly Hills” Season 12 reunion.

“I need to really sincerely apologize not only for diverting the topic but for not returning — even worse — to the serious conversation that was at hand,” Cohen, 54, said on SiriusXM’s Radio Andy.

Cohen was criticized online for his treatment of Beauvais. 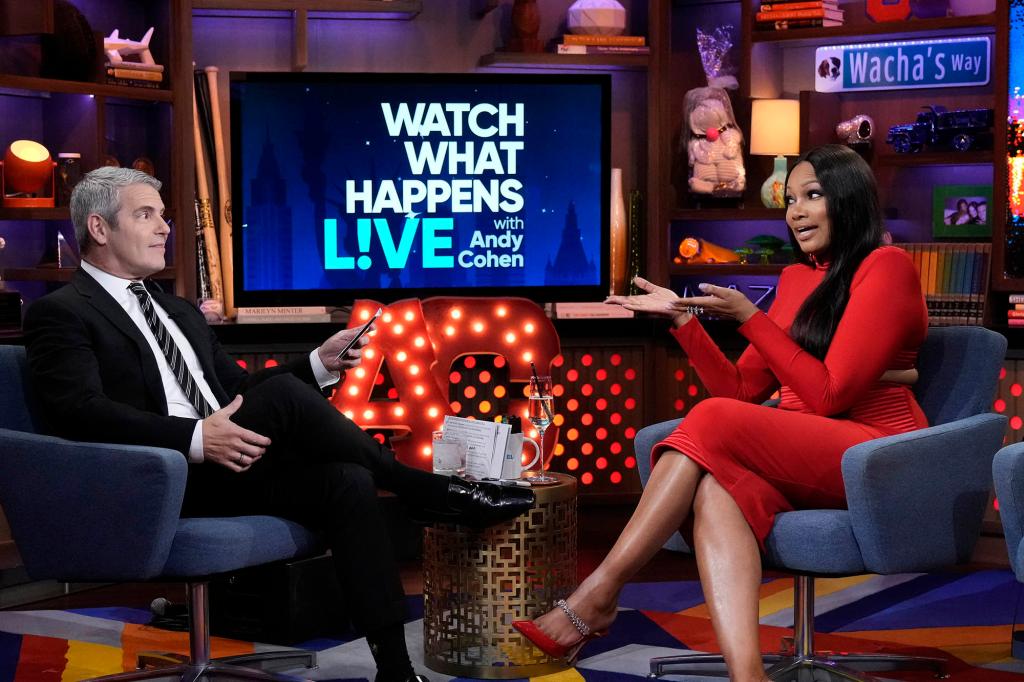 Cohen was criticized online for his treatment of Beauvais.

The Blink-182 drummer, 46, and his youngest child were seen…

The Bravo boss said he has “deep admiration for Garcelle” and the pair had “a really good, productive conversation.”

Fans had previously slammed Cohen for laughing along with Rinna and Erika Jayne about Beauvais’ memoir, “Love Me as I Am,” being tossed in the trash and joking about their recycling habits.

“She got so much s–t about [not] recycling. That’s when I really felt bad,” Rinna joked after Jayne said she was “f–king down” for her controversial pal.

Just moments before, Rinna had confessed that she was mad at her former close friend for including her daughter Amelia Hamlin’s eating disorder in the first draft of the memoir.

Despite it being removed from the current copy, Rinna tossed Beauvais’ book in the trash in protest and snapped a photo of it.

After sharing it in a group chat that did not include Beauvais, Jayne uploaded it to her social media and took credit for the diss.

Democrats Want Answers About Jared Kushner’s Very Shady Middle East Deal (No, Not the Saudi One!)

Crypto lender Genesis has no solution yet for withdrawal halts