Dubai Chamber of Commerce, one of three chambers operating under Dubai Chambers, has revealed that over 27,100 companies joined as new members in the first eight months of 2022, marking a 69% year-over-year (y-o-y) increase and bringing total membership to over 314,000.

Between January and August 2022, member exports and re-exports increased over 20% y-o-y to reach AED 177 billion.

More than 476,000 Certificates of Origin were issued by the Chamber between January and August 2022, a growth of 9.8% compared to the same period last year. A total of 2,674 ATA Carnets, an international customs document allowing the temporary import of goods for a period of one year imposing without any fees or taxes, were issued by the Chamber and received by the UAE, growing 22.2% y-o-y over the same period and accounting for a value of AED 1.33 billion. 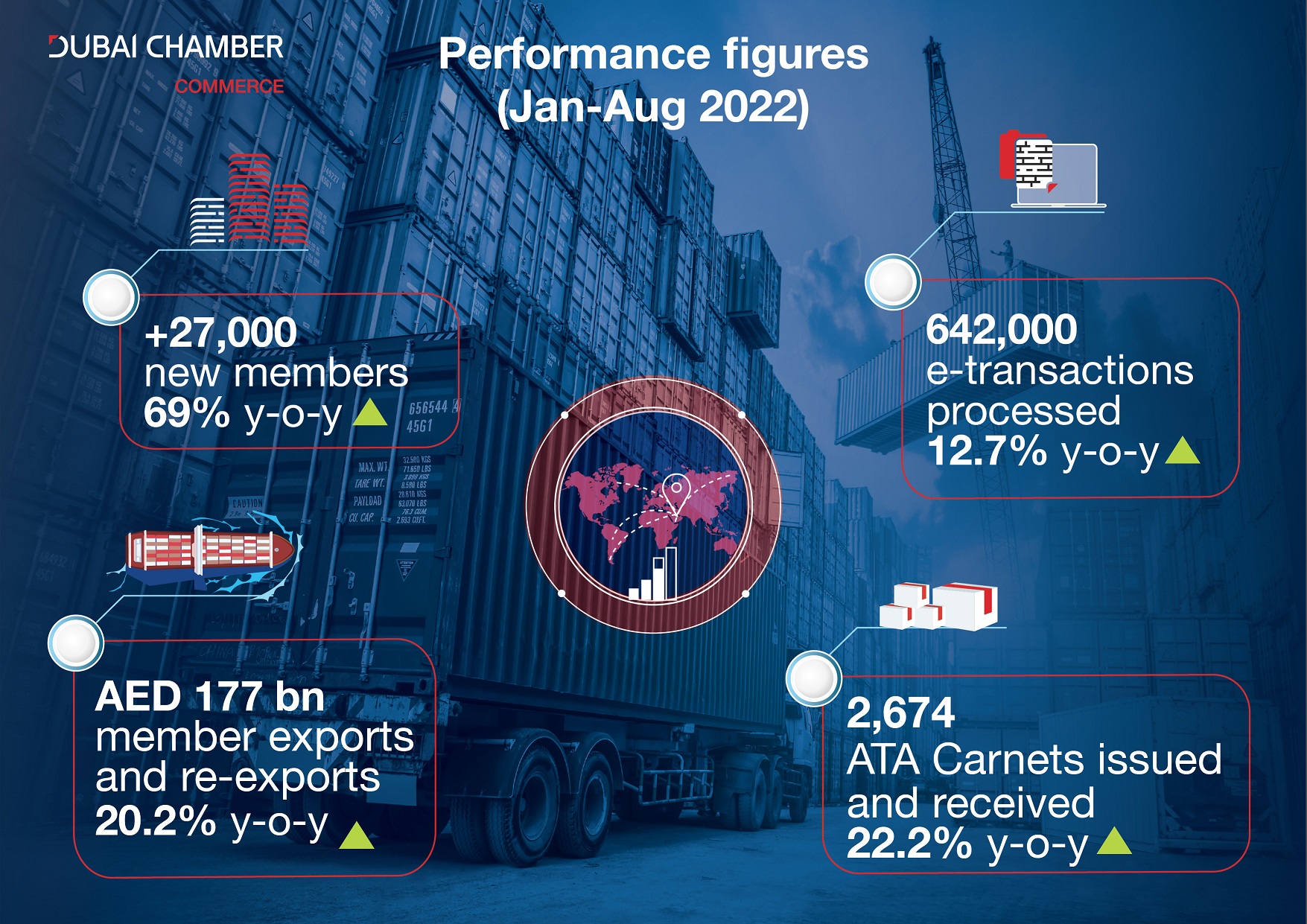 Meanwhile, over 642,000 electronic transactions were processed by the Chamber, increasing 12.7% y-o-y following the 100% digital transformation of Chamber core services and the organisation’s success in meeting the targets of the Dubai Paperless Strategy.

In addition, he expressed his optimism that the positive momentum would continue as Dubai Chambers makes headway on meeting the objectives outlined under its 2022-2024 strategy, while it continues to launch strategic initiatives to enhance economic competitiveness, attract promising businesses to Dubai and expand the emirate’s trade ties with high-potential markets.

Energy crisis feared by Europe long a reality in Iraq