Savannah Marshall has made it clear. She wants to pursue a rematch against Claressa Shields.

The star from Hartlepool declared she wanted to bring the rematch to Newcastle’s St James’ Park stadium next summer.

Shields’ team has responded, telling Sky Sports that they are prepared to explore the possibility.

“Claressa travelled thousands of miles away from home to put on one of the greatest performances and beat her rival in her home country,” Shields’ promoter, Dmitry Salita told Sky Sports.

“For Marshall to talk about a date and venue is not productive because it’s not an accurate projection of what can happen.

“There are lots of nuts and bolts to this situation. If a fight with Marshall makes sense we will definitely explore that possibility.

“Claressa’s success has raised women’s sports to new heights with every fight and that has always been our collective goal.”

Rematch ‘at the right time’

Marshall’s promoter Ben Shalom is adamant that a rematch would be different. The Briton can change her approach in a second fight with Shields. 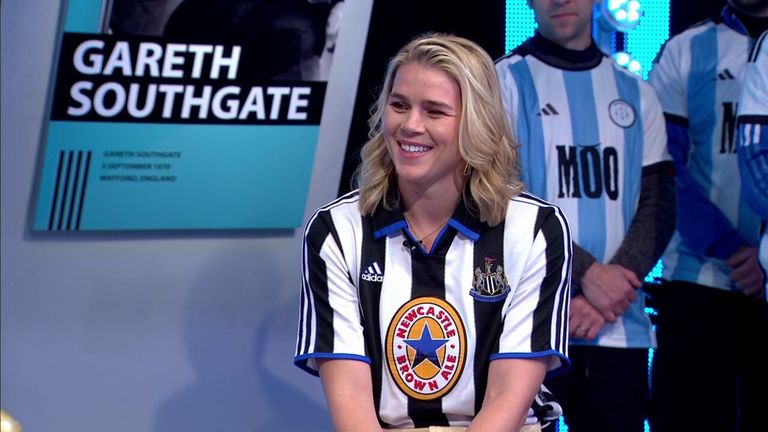 Speaking on Soccer AM, Savannah Marshall has confirmed she has activated a ‘rematch clause’ to fight Claressa Shields and hopes the venue could be St James’ Park

“I think Savannah wants to come in with a new mindset and different mentality and a different gameplan,” Shalom told Sky Sports. “She was disappointed with how she performed, she felt like it wasn’t herself

“After that fight she was distraught. Despite everything she achieved and record viewing figures and becoming a superstar in the UK, she was still devastated because all she wanted to do was win that fight.”

Shalom however believes Marshall should have a fight or two before going into a Shields rematch.

“We know she wants that,” she said. “We respect that but we’ll take the rematch at the right time for her. She’ll fight in March or April and we’ll look at it. It’s the biggest fight in women’s boxing, it still is.”

An extra fight or two would leave Marshall better placed to win a rematch, says Shalom.

“She’s not had as many rounds as Claressa because of her knockout power. I think that does make a difference sometimes. For me she needs more rounds. I would like her to have a couple of fights before Claressa, just to get those rounds and that experience,” he said.

“But she feels she saw enough and knew enough and will go back into the rematch much better prepared.

“Savannah’s grown a lot from that event,” Shalom continued. “She’ll now get confidence from that, be frustrated from that and that makes a dangerous fighter.

“I know she’s already working hard back in the gym and she’s a winner and she really believes that she’s the best in the division.

“She obviously came up short last time but this time she’ll be very confident.”

Shields has other options too. Liverpool’s Natasha Jonas has unified three world titles at super-welterweight, a division Shields has competed at with plenty of success before.

Both Shields and Jonas have expressed interest in fighting each other.

“There definitely is the possibility to see Jonas-Shields without a doubt,” Shalom said. “Tasha wants the biggest names and it doesn’t get much bigger than Claressa Shields.

“Tasha’s got three belts now and she’s popular, her profile’s big and she’s a money fight for a lot of fighters. So she’s got one or two fights left. She just wants the biggest names and the Claressa Shields fight could happen.

“We’ll chat with her next week, she’ll fight in March. It definitely will be a very big fight and we’ll make a decision in the next few weeks.”