The former professional baseball player opened up about his thoughts on his relationship with Lopez, which ended in 2021.﻿

“With Jennifer, look, it was a good experience,” he said while speaking on the Who’s Talking to Chris Wallace? show.

“I wish her and the children, who are smart, and beautiful and wonderful – I wish them the very best.”

Rodriguez and Lopez ﻿began dating in 2017 and got engaged two years later in 2019.

They spent their high-profile relationship planning their future wedding, which didn’t eventuate, and going out with their childen.

Rodriguez is the father of daughters Natasha, 17, and Ella, 14, from his previous relationship with Cynthia Scurtis, while Lopez is the mother of 14-year-old twins, Emme and Maximilian, from her relationship with American singer and songwriter Marc Anthony.

Following their split, Lopez moved on with Ben Affleck, her former flame from the early 2000s.

﻿The pair were famously engaged in 2002, but called off their engagement due to the intense media attention their relationship attracted.

Sadly, they ended up splitting completely in 2004.

“I am confirming the report that Jennifer Lopez has ended her engagement to Ben Affleck,” her rep said in a statement at the time. “At this difficult time, we ask that you respect her privacy.”﻿

Looking back, Affleck reflected on why the pair decided to bring their happy relationship to an end.

“I think Jen and I made a mistake in that we fell in love, we were excited and maybe too accessible,” he later explained. ‘I don’t think either of us anticipated the degree to which it would take on a world of its own.”﻿

But after rekindling their relationship in 2021, Affleck decided to propose to the Let’s Get Loud singer that April.

The pair finally celebrated their wedding in a three-day affair from August 19 to 21 after eloping in Las Vegas on July 16. 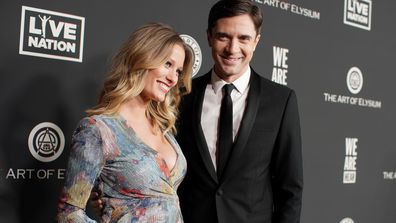